Bondage Boy Made To Take A Raw Cock

Drake Singh been held for hours, wondering what might happen to him, so when horny twink boy Colin Taylor arrives to make use of him he's kinda relieved to be partially freed. Released from his restraints on the floor, his blindfold removed, the boy is bent over a stool for the perfect fucking position. Of course, his young captive wants to feed him first, shoving his hairy young cock up into the twink's innocent little face. The obedient sucking is just a taster, with the captive boy's hole fingered and relaxed he slides his big raw twink cock into him, fucking him from behind. His big balls swing and sway with every thrust as he uses his plaything, the pleasure building until he has to pull out and splash his cream up the boy's back. His captive toy might have been reluctant at first but as the semen drips down his crack his own boner is soon erupting. 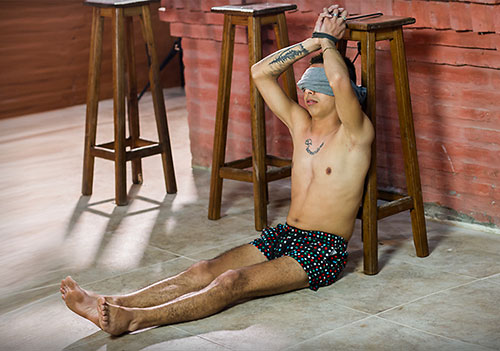