Sub boy Skikkes is blindfolded and at the mercy of his two masters, Damian Ryder and Liam Burlington. They’ve got him where they want him and can now use his body for their own pleasure. Putting the obedient pup on his hands and knees, they take turns humiliating his sweet ass and feeding him their rock solid cocks. Damian drenches his sub’s face with his cum while Skikkes is still sucking on his heavy balls, and Liam shoots off a load when he’s finished playing with his bottom boy. Finally, the sub slut Skikkes is allowed to empty his balls and shoot a creamy load. 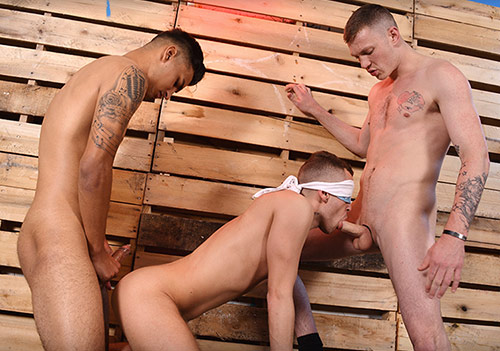